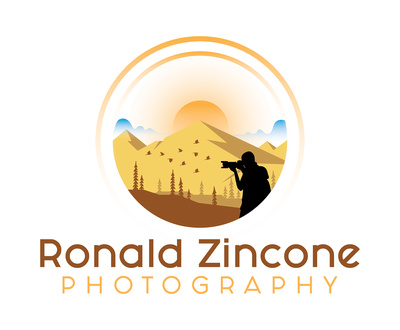 Welcome and thank you for visiting my Photography page!

My intent is to provide you with some basic tips and information on photography -- otherwise known as writing with light!  At the same time, I hope to spread my obsession...oops...I mean passion of 35mm photography and capturing what I call "On the Edge" natural events.

This limited page will educate you using text and photos in my hope to inspire and ignite a spark in you in order to get you behind your camera and start capturing and creating your art!

This page and website will be your foundation and starting place on your journey -- and, at any time, feel free to click on my image galleries located at the bottom of my "HOME" page or click on my PHOTOGRAPHY menu tab and look for the drop-down menu of photography galleries.  If you feel ready to take the next step and learn the basics of 35mm photography then I welcome you to contact me or go to my "WORKSHOPS" and 'TEACHING / LESSONS" pages to learn more and register for one of my indoor classes or sign up for a hands-on, private instruction ($25/hour) with me at a local Panera Bread.  Sign up for my email or contact me to learn when and where my next indoor class is being taught or if you would like to book a private lesson.

Also, if you find this information educational and valuable to you, by all means sign my GUESTBOOK and tell me so!

The history of photography has roots in remote antiquity with the discovery of two critical principles, that of the camera obscura image projection and the fact that some substances are visibly altered by exposure to light, as discovered by observation. Apart from a very uncertain process used on the Turin Shroud there are no artifacts or descriptions that indicate that anyone even imagined capturing images with light sensitive materials before the 18th century. Around 1717 Johann Heinrich Schulze captured cut-out letters on a bottle of a light-sensitive slurry, but he apparently never thought of making the results durable. Around 1800 Thomas Wedgwood made the first reliably documented, although unsuccessful attempt at capturing camera images in permanent form. His experiments did produce detailed photograms, but Wedgwood and his associate Humphry Davy found no way to fix these images.

In the mid-1820s, Nicéphore Niépce first managed to fix an image that was captured with a camera, but at least eight hours or even several days of exposure in the camera were required and the earliest results were very crude. Niépce's associate Louis Daguerre went on to develop the daguerreotype process, the first publicly announced and commercially viable photographic process. The daguerreotype required only minutes of exposure in the camera, and produced clear, finely detailed results. The details were introduced as a gift to the world in 1839, a date generally accepted as the birth year of practical photography. The metal-based daguerreotype process soon had some competition from the paper-based calotype negative and salt print processes invented by William Henry Fox Talbot. Subsequent innovations made photography easier and more versatile. New materials reduced the required camera exposure time from minutes to seconds, and eventually to a small fraction of a second; new photographic media were more economical, sensitive or convenient, including roll films for casual use by amateurs. In the mid-20th century, developments made it possible for amateurs to take pictures in natural color as well as in black-and-white.

The commercial introduction of computer-based electronic digital cameras in the 1990s soon revolutionized photography. During the first decade of the 21st century, traditional film-based photochemical methods were increasingly marginalized as the practical advantages of the new technology became widely appreciated and the image quality of moderately priced digital cameras was continually improved. Especially since cameras became a standard feature on smartphones, taking pictures (and instantly publishing them online) has become an ubiquitous everyday practice around the world.

A natural phenomenon, known as camera obscura or pinhole image, can project a (reversed) image through a small opening onto an opposite surface. This principle may have been known and used in prehistoric times. The earliest known written record of the camera obscura is to be found in Chinese writings called Mozi, dated to the 4th century BCE. Until the 16th century the camera obscura was mainly used to study optics and astronomy, especially to safely watch solar eclipses without damaging the eyes. In the later half of the 16th century some technical improvements were developed: a (biconvex) lens in the opening (first described by Gerolamo Cardano in 1550) and a diaphragm restricting the aperture (Daniel Barbaro in 1568) gave a brighter and sharper image. In 1558 Giambattista della Porta advised using the camera obscura as a drawing aid in his popular and influential books. Della Porta's advice was widely adopted by artists and since the 17th century portable versions of the camera obscura were commonly used - first as a tent, later as boxes. The box type camera obscura was the basis for the earliest photographic cameras when photography was developed in the early 19th century. 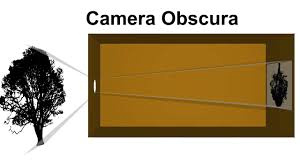 Photography has come a long way since the Camera Obscura with today's digital technology which created a "revolution" in the world of photography in the late 1990's early 2000's.  As for me, my passion started when I was a young boy growing up in Providence, Rhode Island.  I remember having the Kodak Instamatic 110 with the flash cubes -- remember those?  Wow, I guess I am dating myself here.  This was during the early 70's and I most enjoyed outdoor nature photography as I did with astronomy and extreme weather.

I drifted away from it for a while but then found myself back in it when I pursued it as a hobby with my wife, in the 80's to early 90's and was using film and fully manual, mechanical 35mm SLR's.  The main one I used was the Chinon CM-5 which was manufactured and Chinon Co. of Japan.  I purchased it through a mail Ad by JC Penny and came with a camera case and maybe a few other accessories.  It was a nice, solidly-built camera and it had a built-in light meter using the 3-LED system.  Here is an image of it: 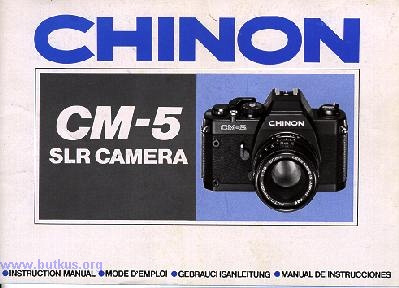 In the mid- to late 90's I moved on to other manual film cameras such as the Nikon F (built like a tank and I am sure would have stopped a bullet!), a Pentax and my favorite, an Olympus OM-1 which was, I believe, the smallest 35mm camera made at the time.  The OM-1 was also very popular with astrophotographers.  I used the very well made and popular Zuiko lenses with the OM-1. 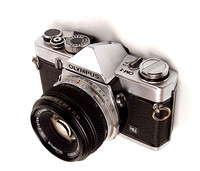 In the late 90's and after, I got back into astrophotography (see my Night Sky page) and started shooting black & white film which I wasn't a big fan of.  I have always been attracted to nature's colors.  I then quickly dabbed into color film but still wasn't my cup of tea.  I then started imaging with positive film (chrome or slide photography) and this was something that I could really sink my teeth into and I enjoyed it.  I loved the vibrancy of slide film but you had to be spot on with your exposure settings.  With "chrome" photography, "What You See Is What You Get" (WYSIWYG).  This also applies to film photography in general as opposed to today's digital.  Back in the film era, you really needed to know The Exposure Pyramid aka The Photographer's Triangle!  Learning and setting the proper aperture, shutter and ISO and their relationship to each other were critical to proper exposure and successful capture. I continued with slide imaging for quite some time.  They were easy to store and easy to present on a screen using a projector (of course, digital hadn't arrived yet).  I still have them.  Some of my best astrophotos were captured using chrome.

My plunge into "digital" came in 2006 when I purchased the Canon 20Da, this was Canon's first 35mm digital SLR optimized for astrophotography!  (to learn more about astrophotography, click on my Night Sky page). 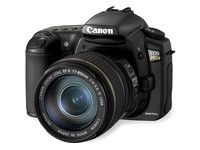 I later moved on to the Canon 50D and then upgraded to Canon's second entry onto the astrophotography market with the Canon 60Da which is one of my current cameras.  Both the 20Da and especially the 60Da have been optimized to capture the Ha (Hydrogen-Alpha) wavelength of light so that emission nebulae will "pop out" when capturing milky way images.  Here is a sample from the 60Da: 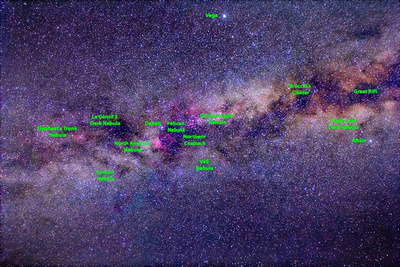 Summer Triangle region of Milky Way with the 60Da 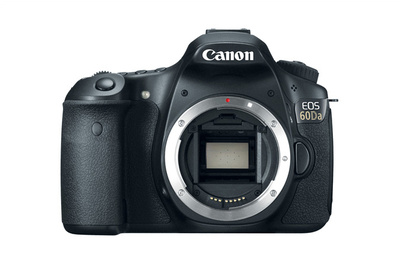 My newest Canon DSLR is the very popular Canon 6D which is noted for its "low noise" sensor and is a full-framed 35mm sensor at 20MP.  This is my "workhorse" DSLR but the 60Da is great when my intent is to capture the emission nebulae.  You can go to my GEAR page to see my full list of equipment I use for photography, astronomy and weather! 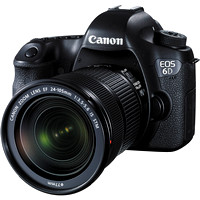 I now shoot with the wonderful Rokinon "fast prime" lenses and a Canon 200 f2.8L prime lens. 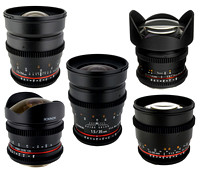 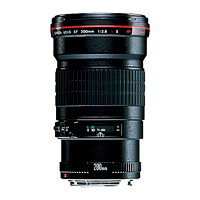 So if you want to learn about what and where I teach my classes and offer private lessons, go to my TEACHING / LESSONS page.

To learn more about me go to my ABOUT ME page.

To learn tips, techniques and all kinds of information related to astronomy, photography, astrophotography and extreme weather go to my BLOG

To see my online portfolio and read my mission statement, go to my HOME page

If you need to search my image galleries, click on SEARCH

To read what my students have said about my instruction and customer service, go to FEEDBACK

To learn what workshops I am currently offering to students, click on WORKSHOPS